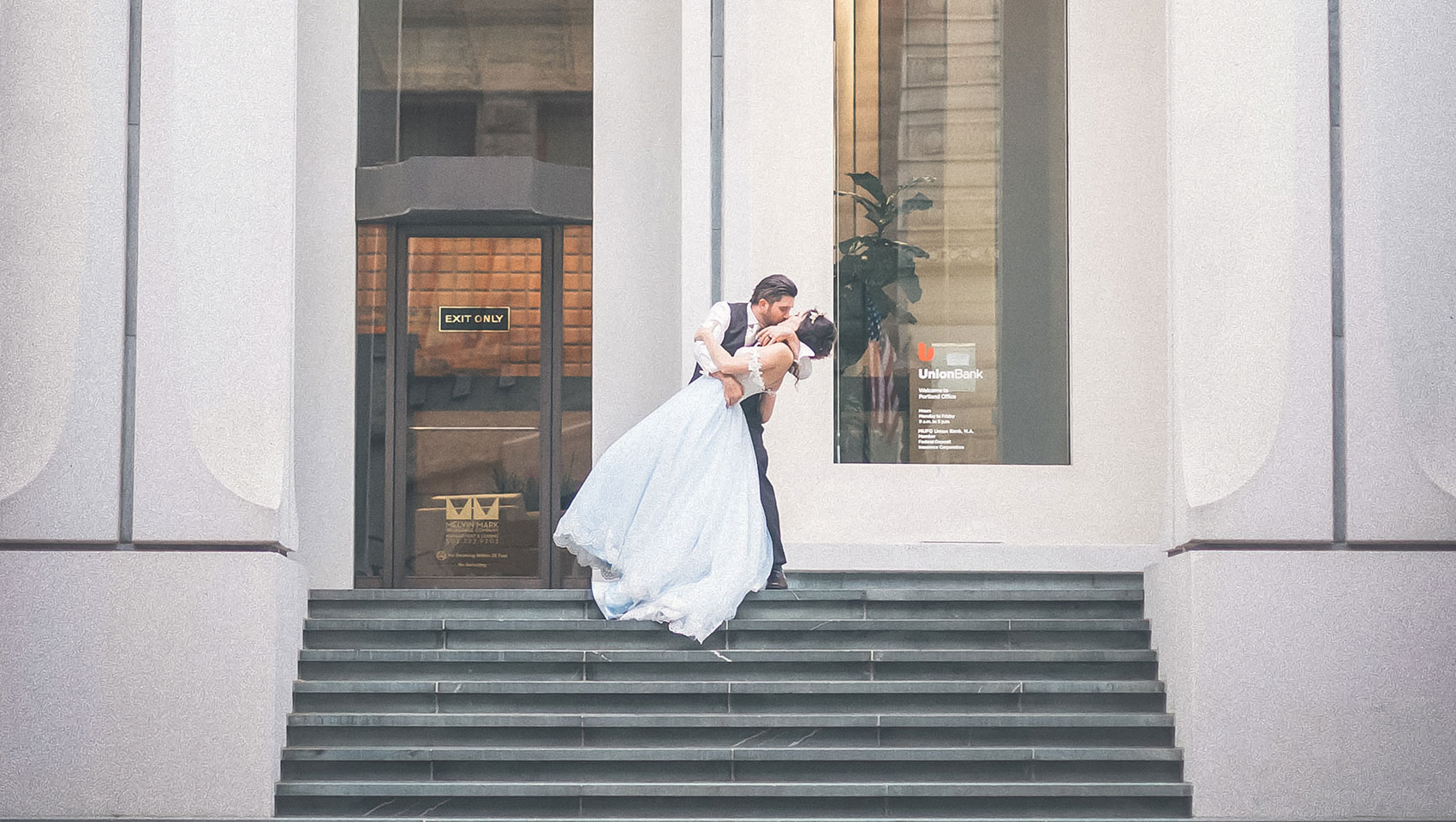 Sometimes life actually is just like the movies. Take Sarah and Jeremy’s plotline, for example, which had them meeting at a mutual friend’s surprise birthday party. In a perfectly-scripted first scene, they initially glimpsed one another from across the room. Fast forward the reel six years to the day, and the perfectly-suited pair got married in a memorable, Oscars-worthy affair. Even though the couple now resides in Columbus, Ohio, they decided to throw a semi-destination wedding in Portland, Sarah’s hometown. They chose our hotel not only because it “felt right,” but because it also offers some of the best representation of Oregon’s style and a prime downtown location. They exchanged vows atop Rocky Butte Summit, overlooking a peaceful panoramic of Portland, Mount St. Helens and Mount Hood, before coming back down from the summit (and a “buzz of marital bliss”) for the party of a lifetime, held at our inspiring Portland boutique hotel. 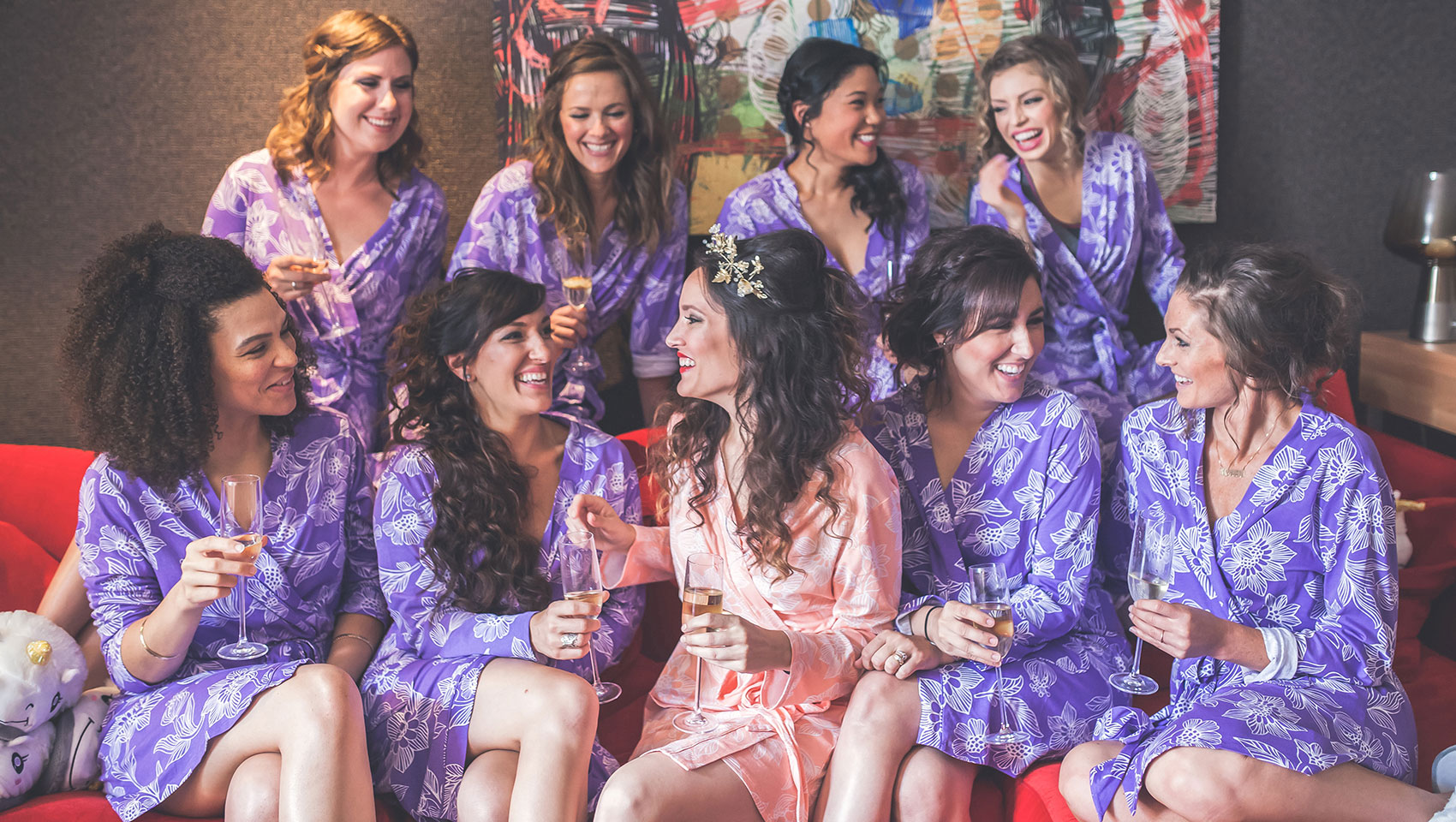 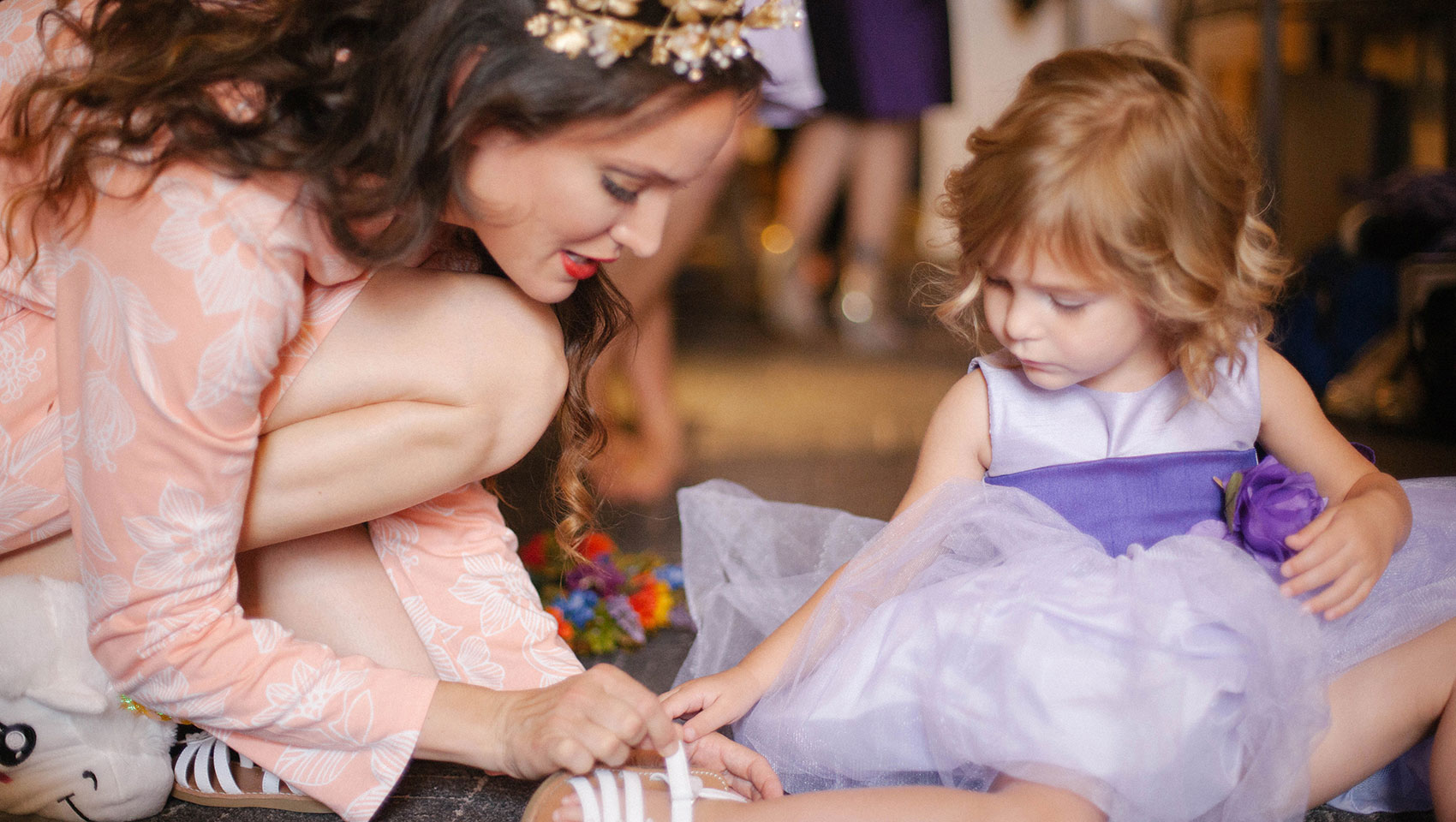 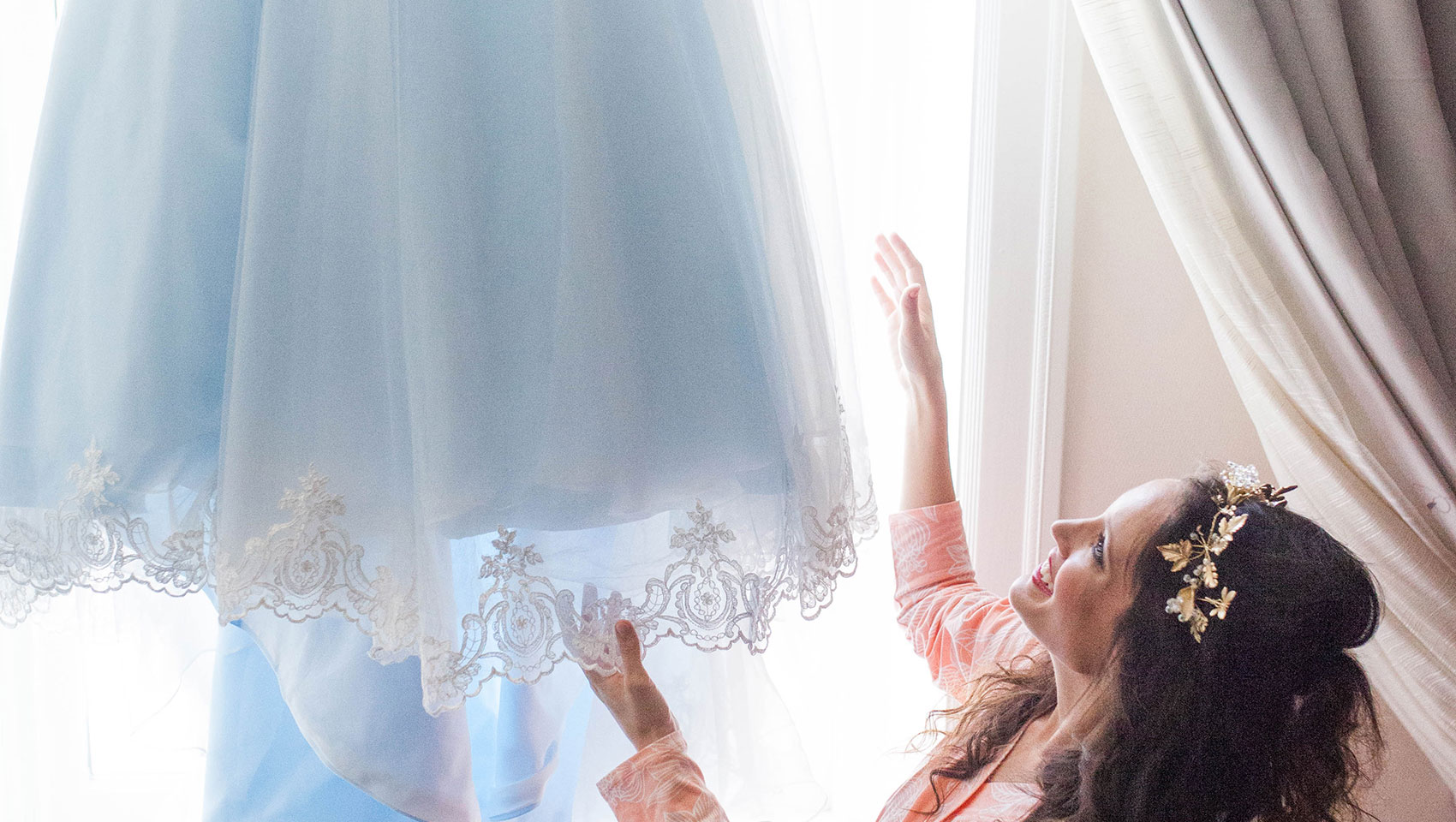 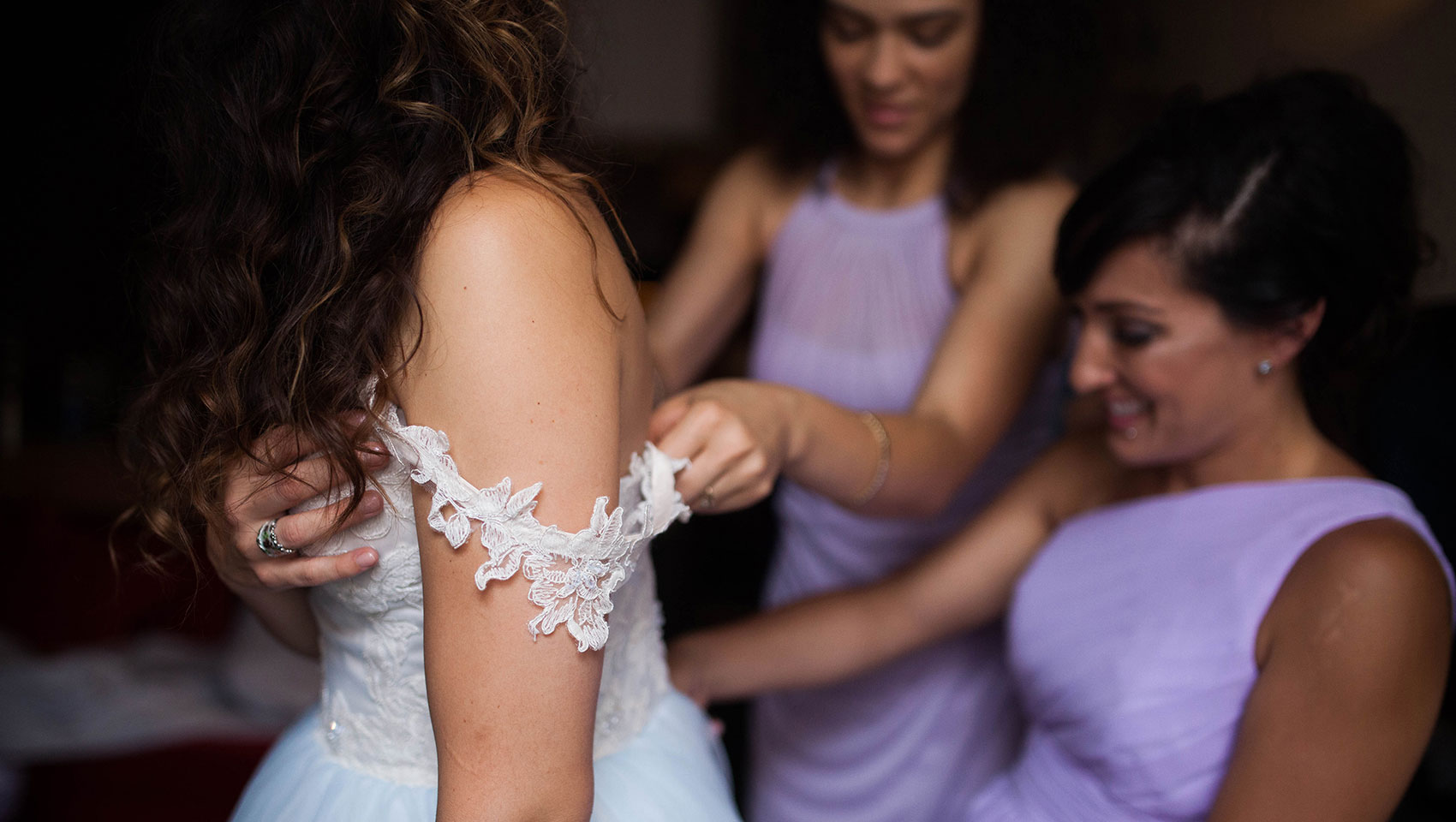 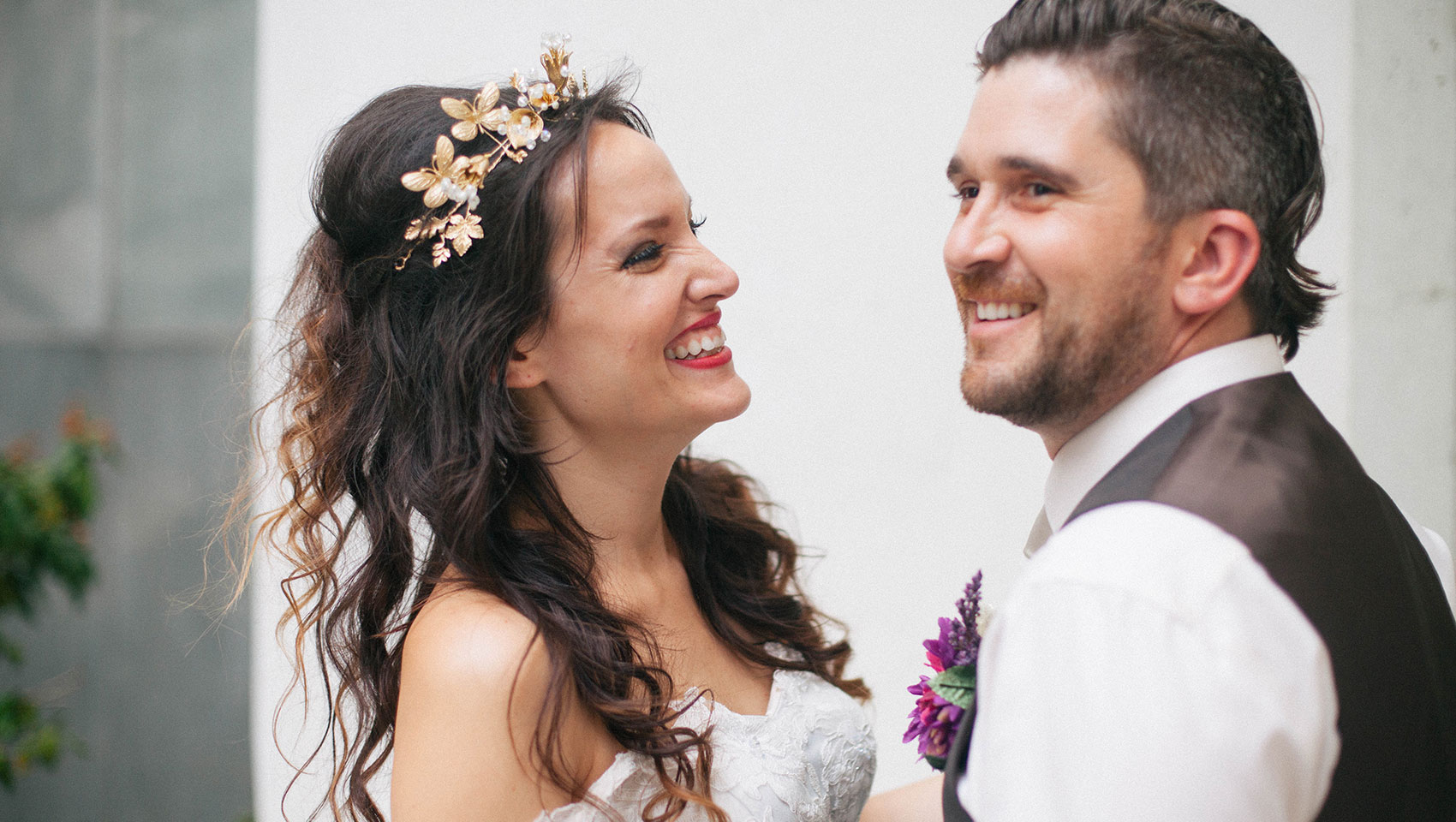 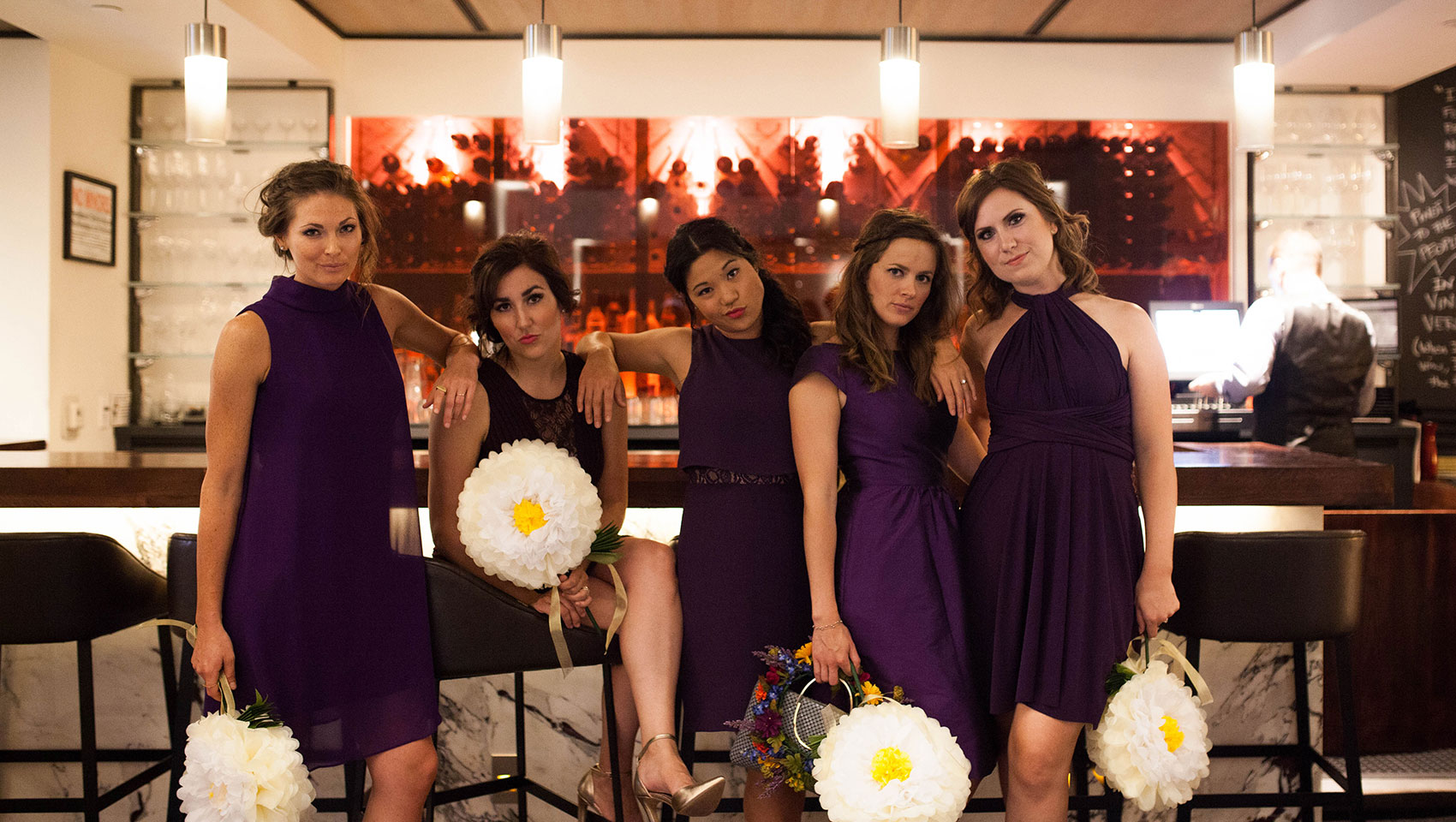 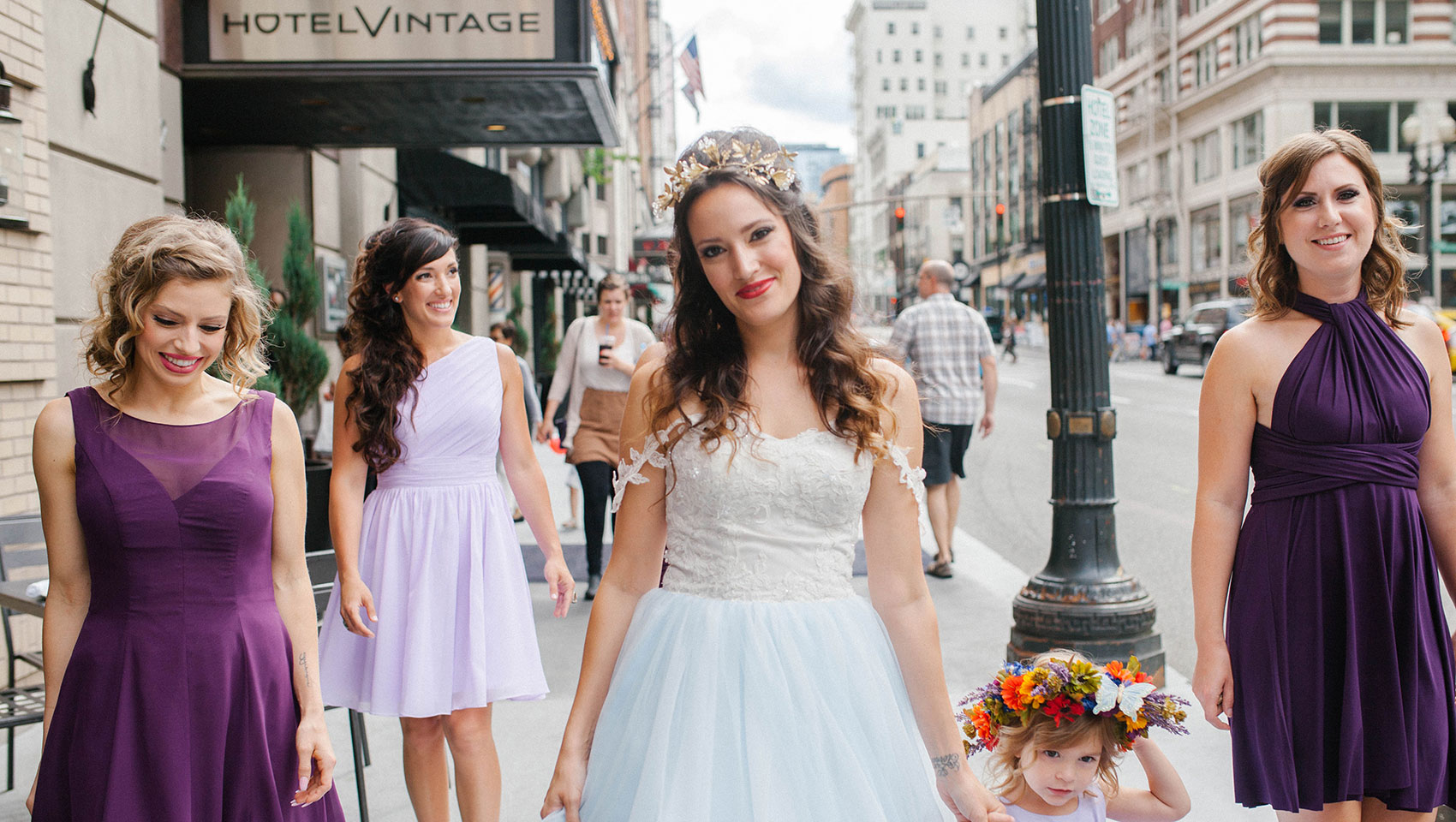 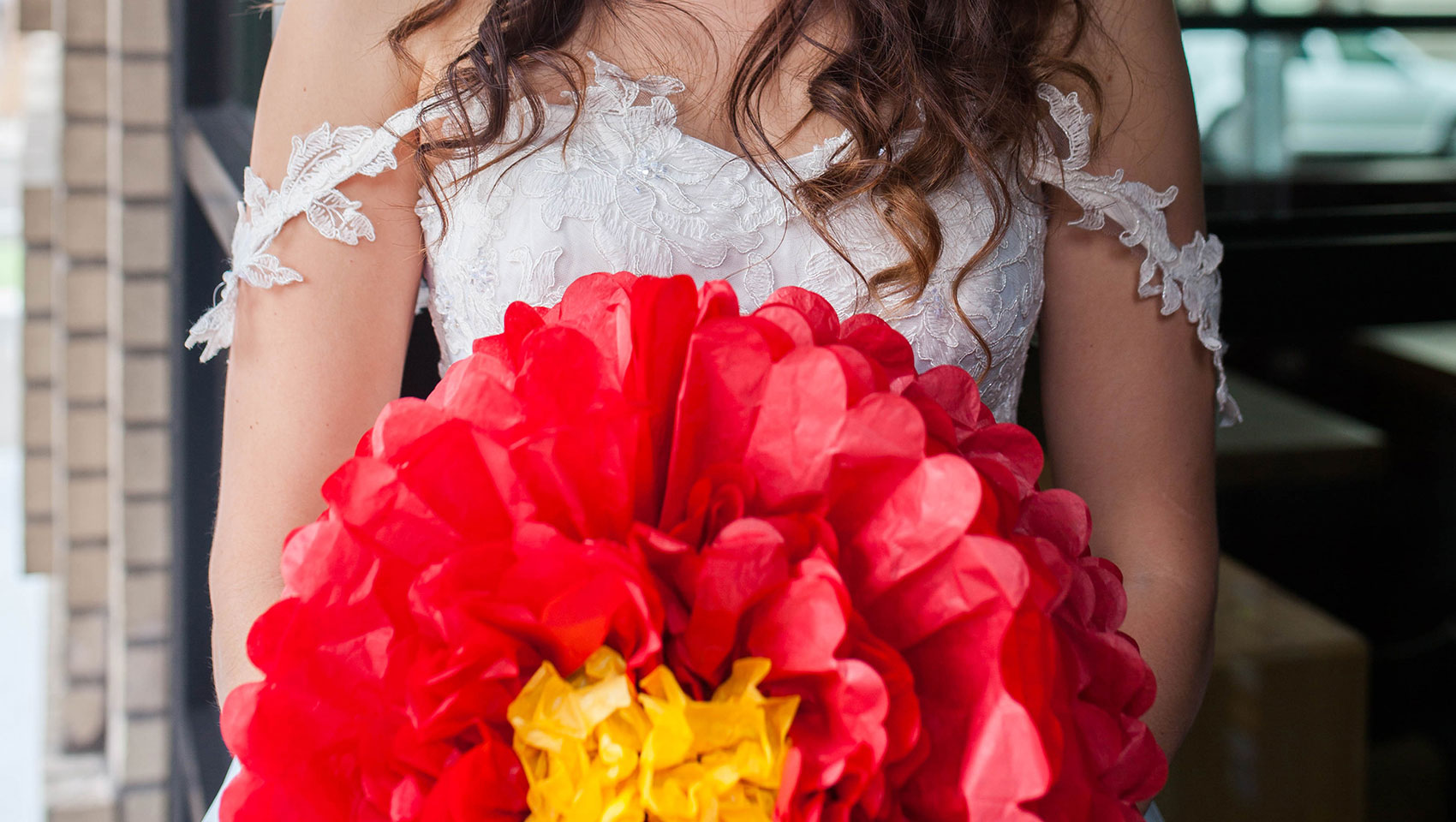 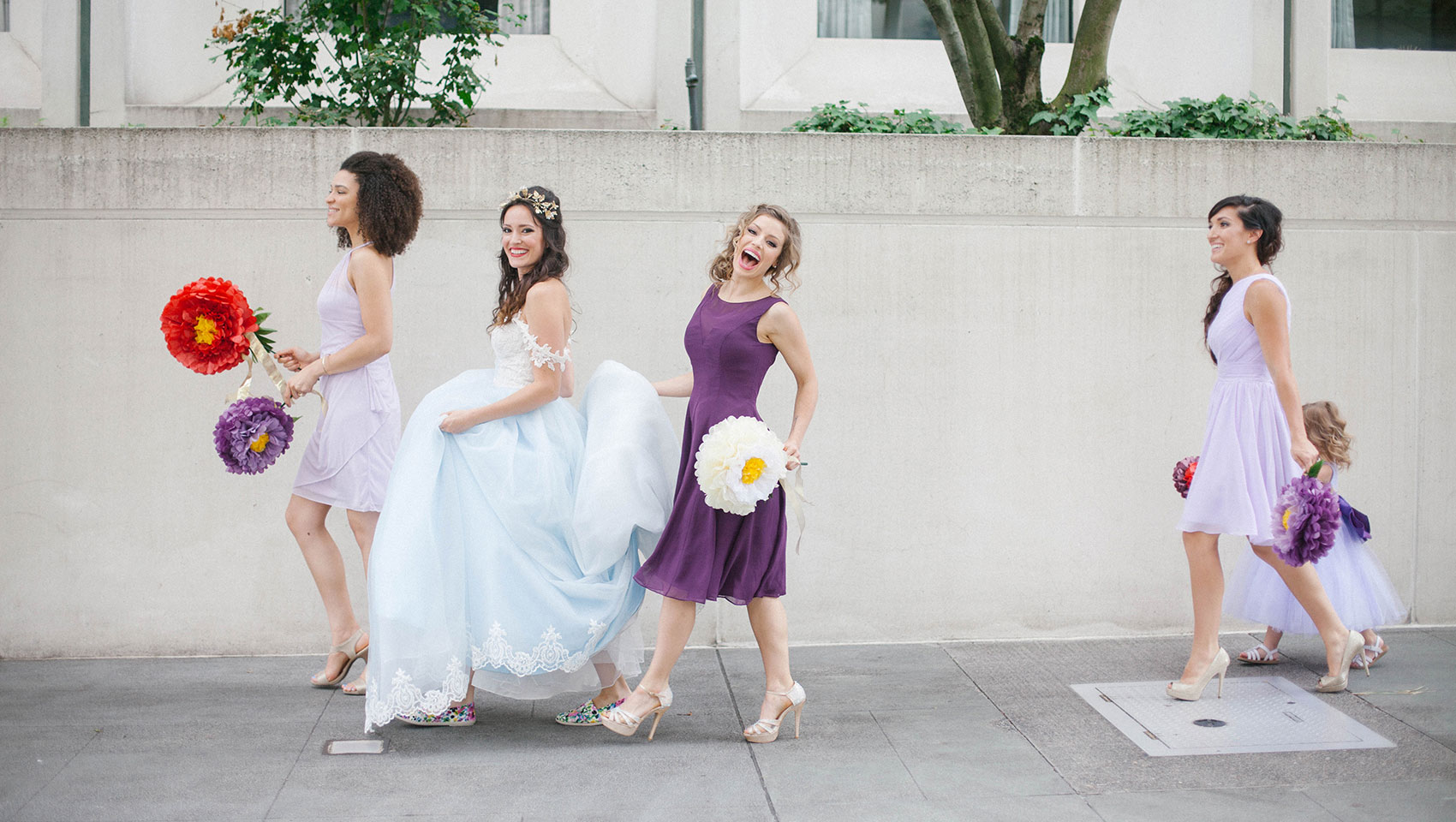 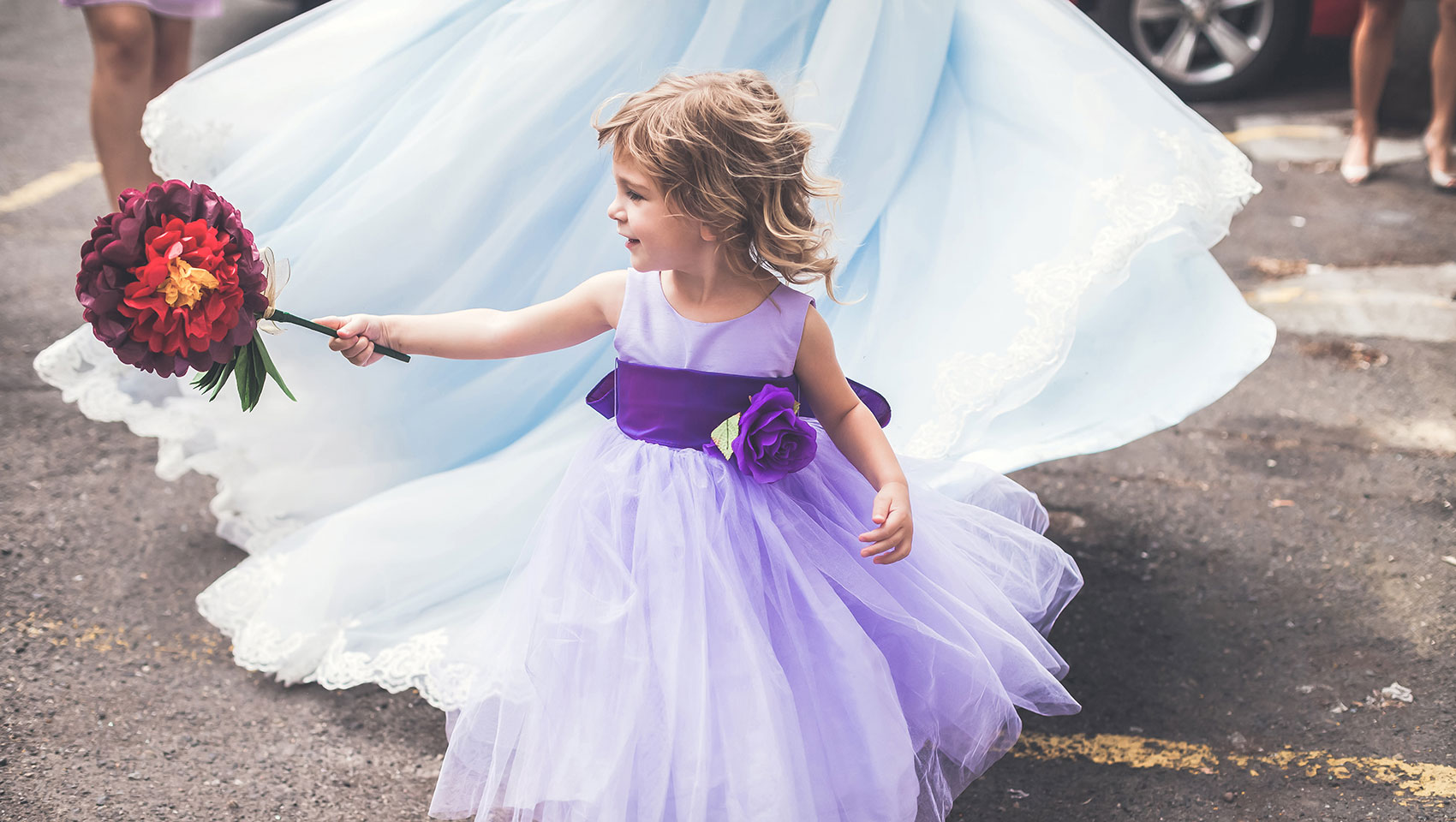 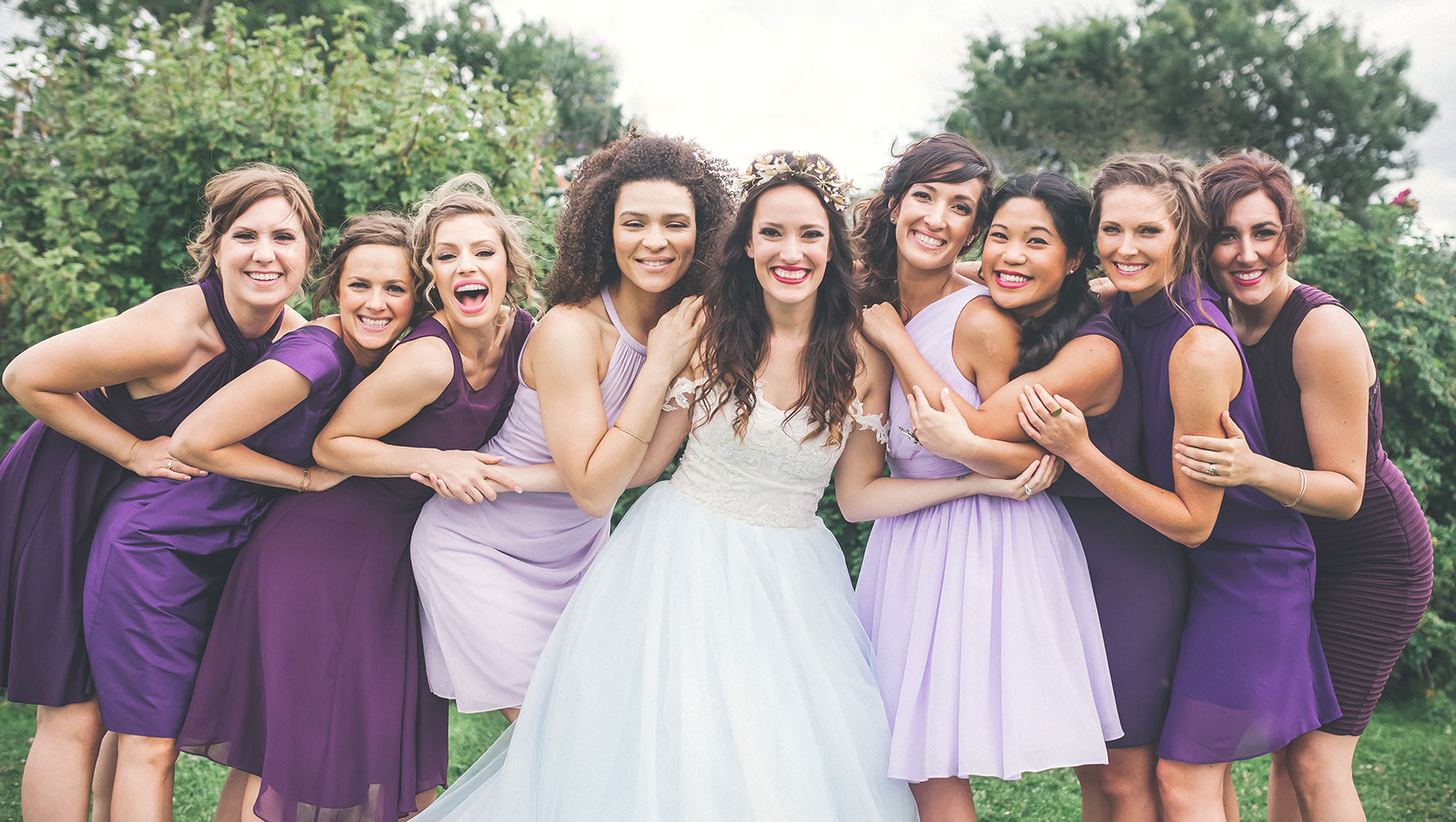 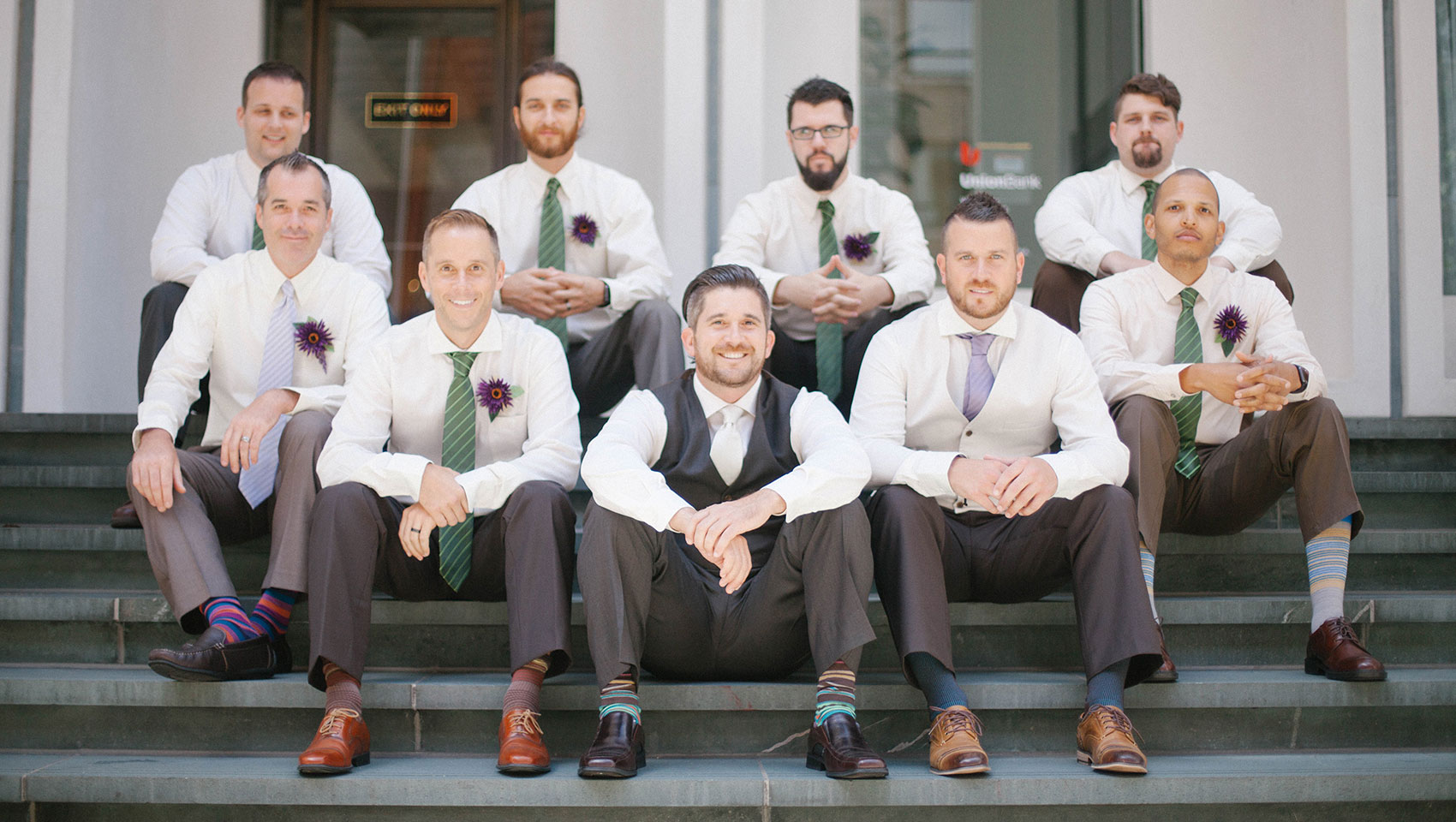 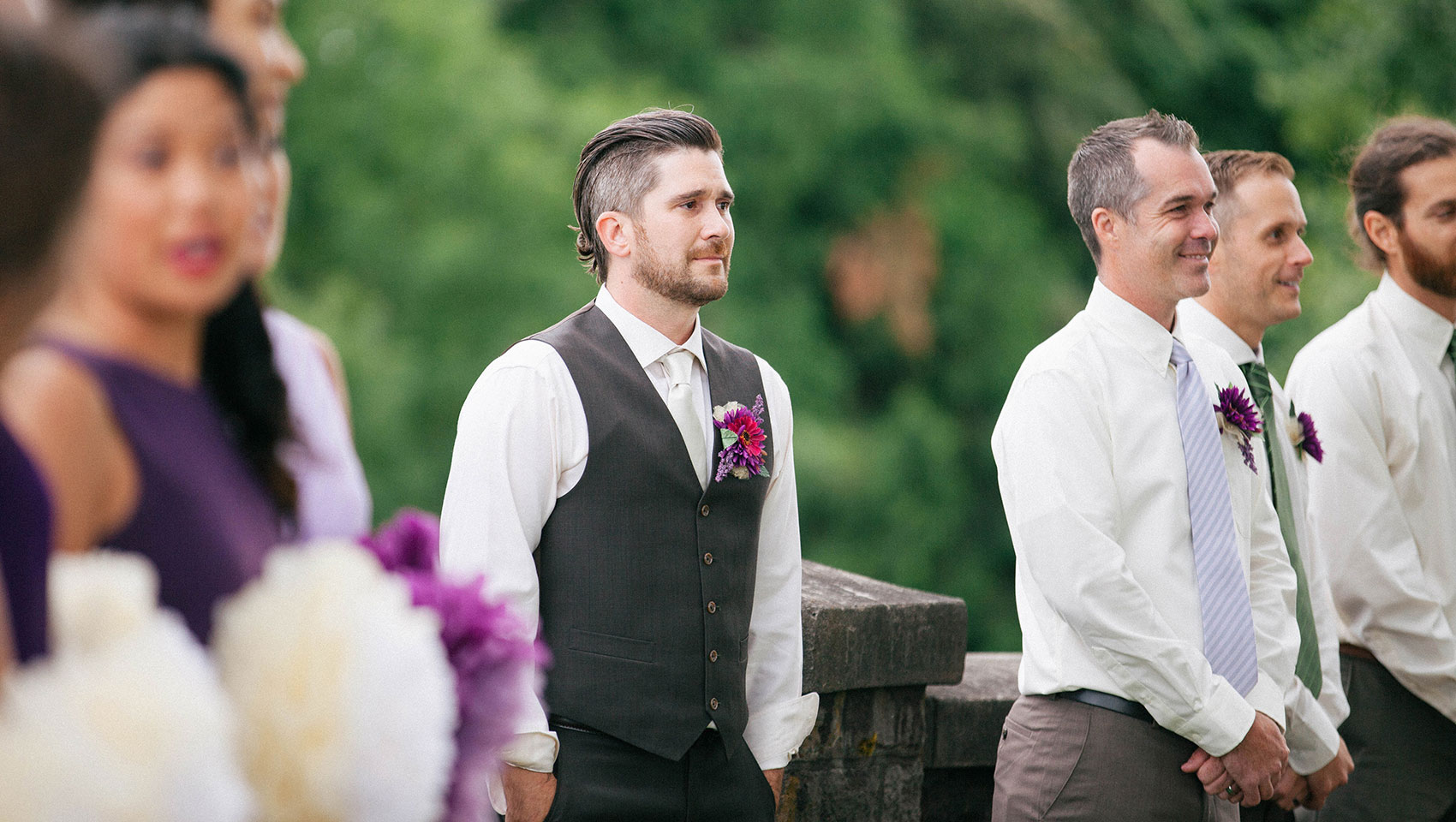 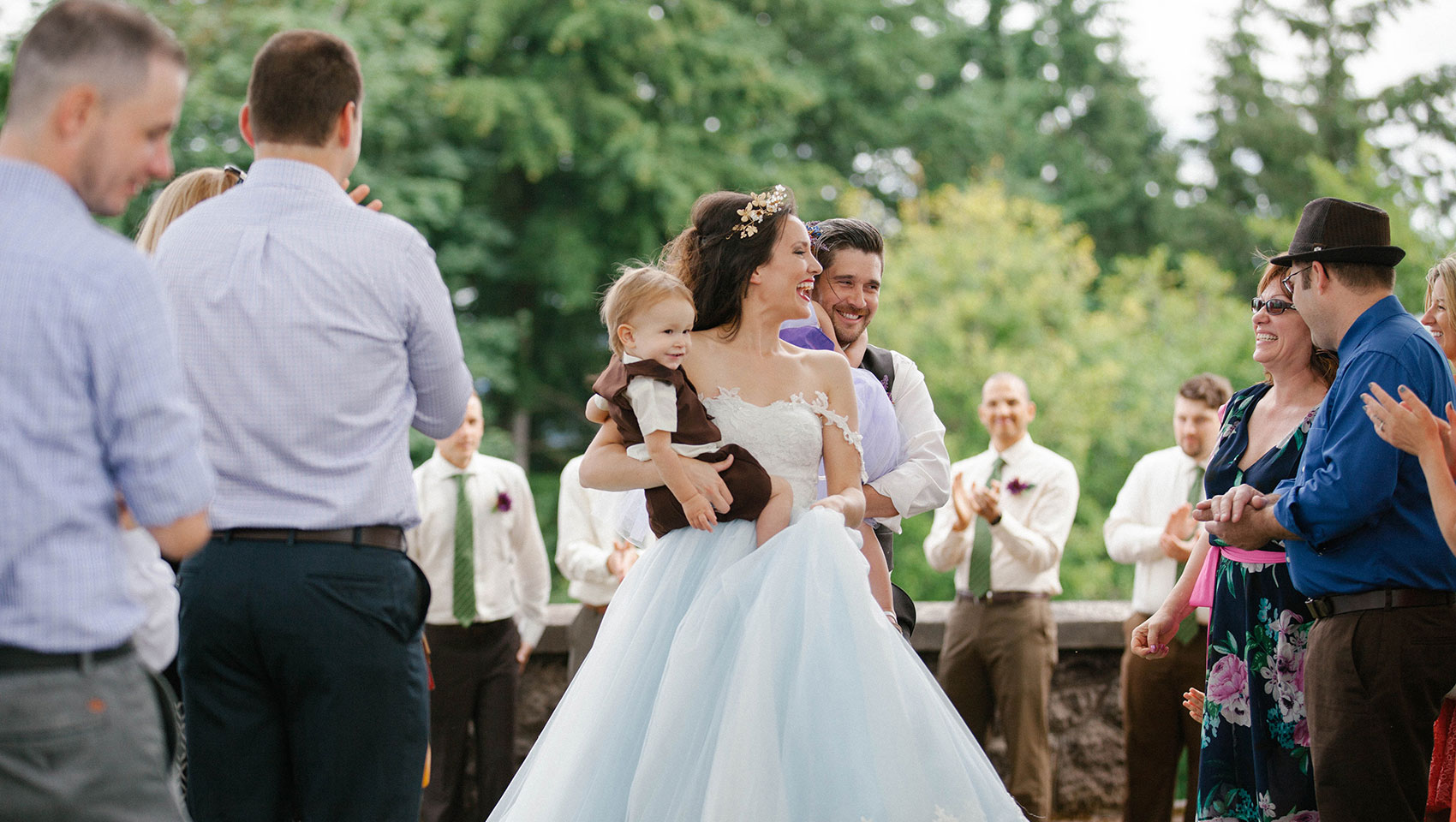 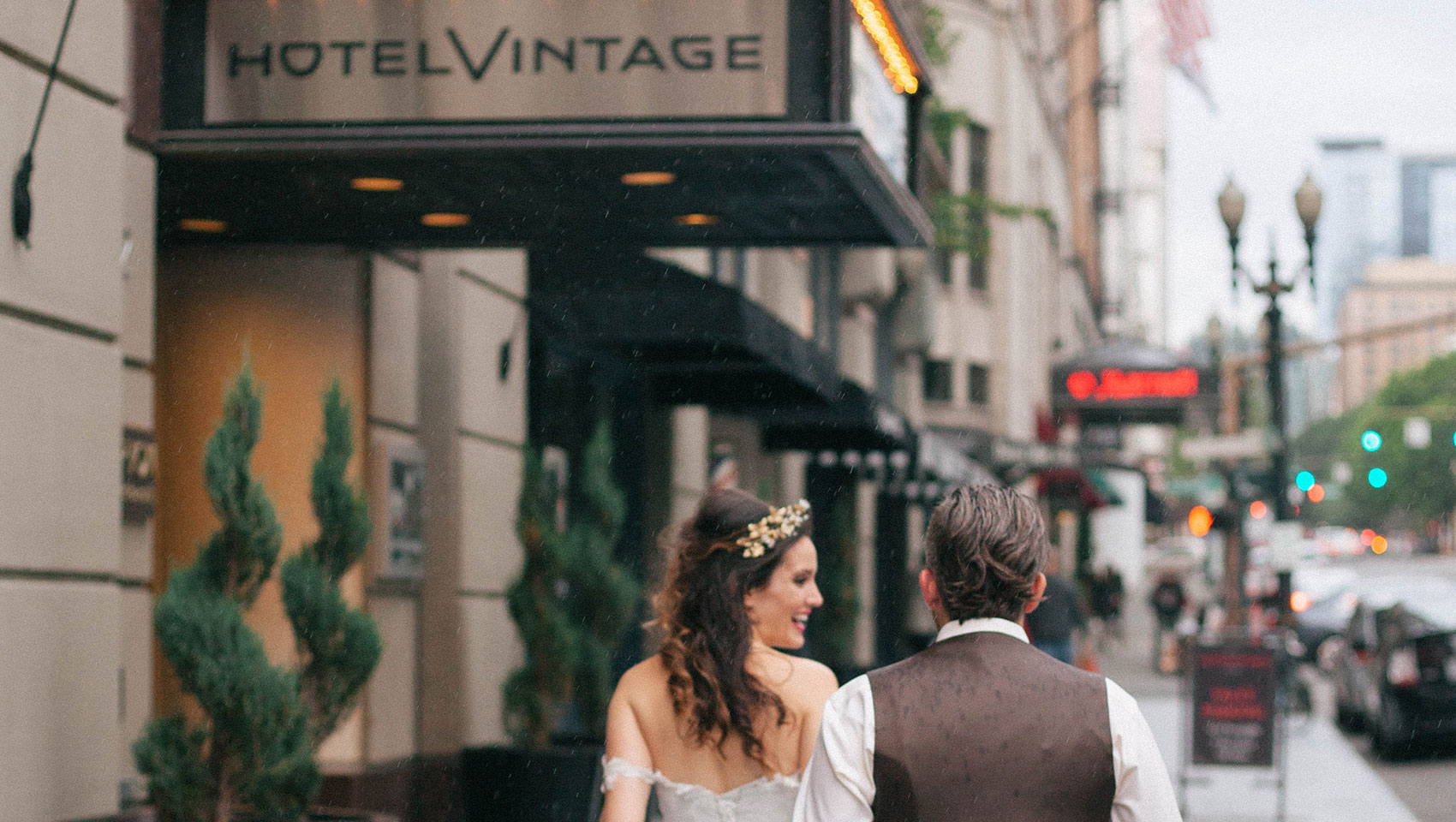 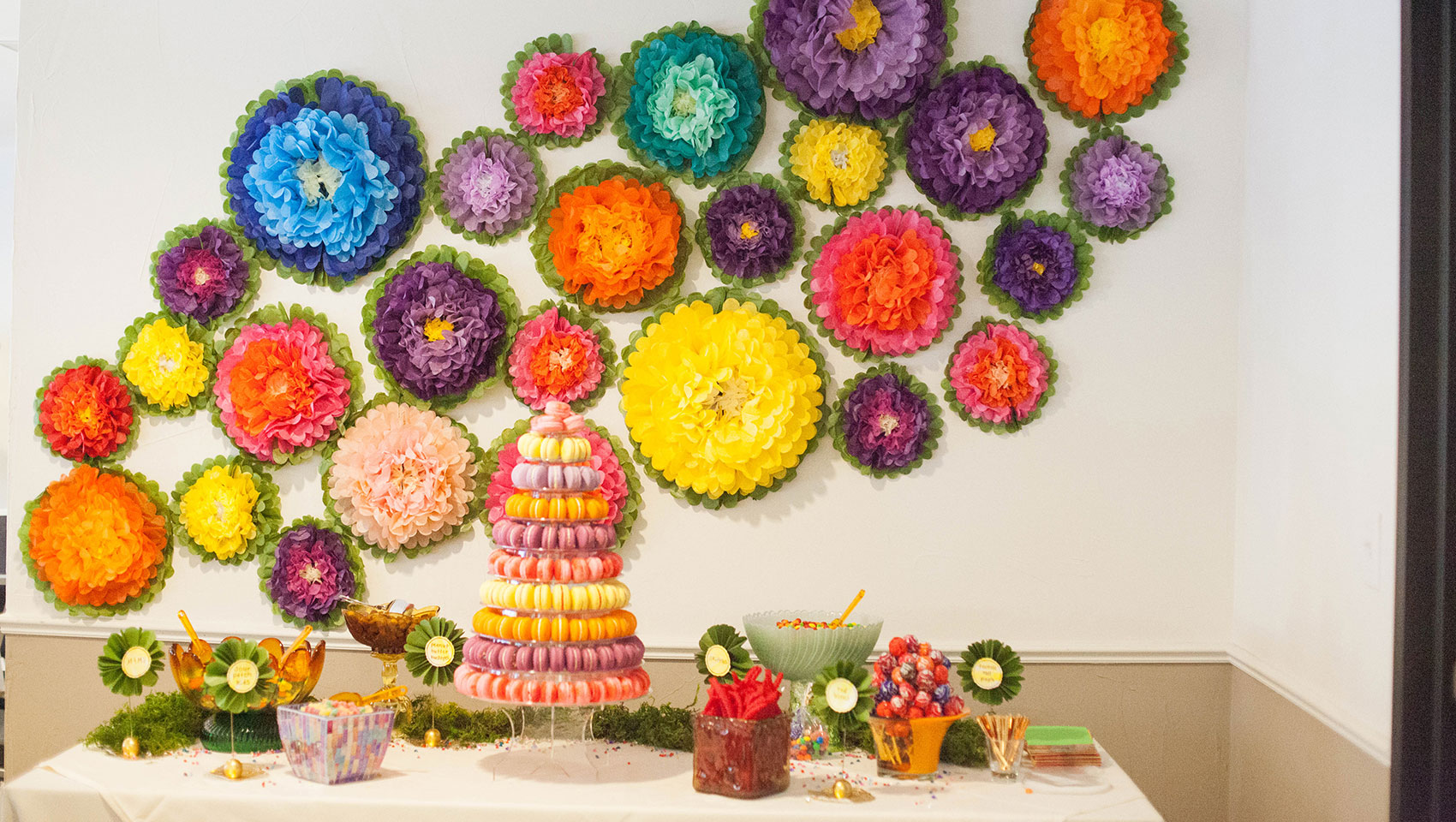 Each bridesmaid purchased a dress that fit her perfectly — making for a marvelously mix-matched ensemble. 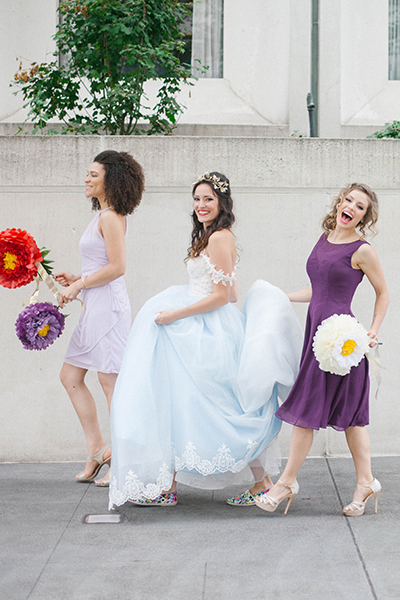 “The forecast leading up to the wedding said there would be rain all day, but as luck would have it (or something much bigger working), it all cleared up for the ceremony and everything was absolutely perfect.“ 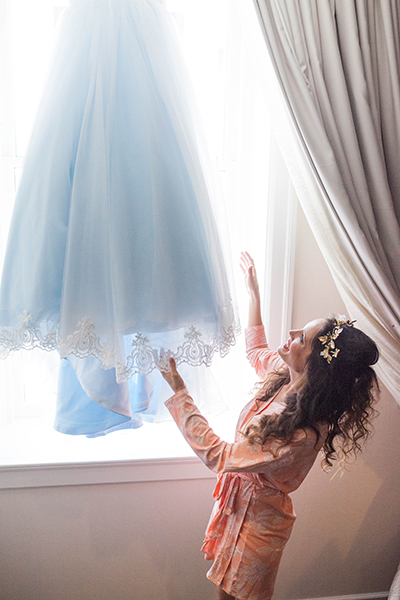 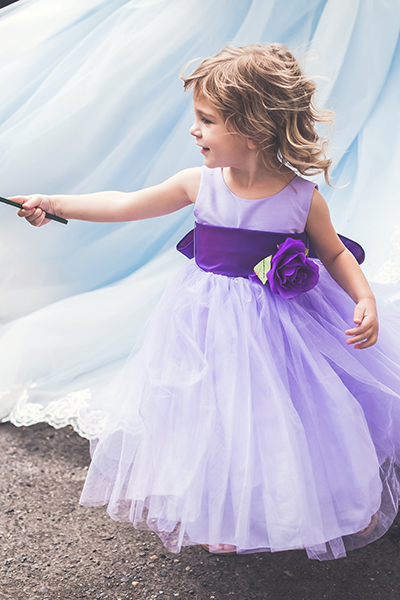 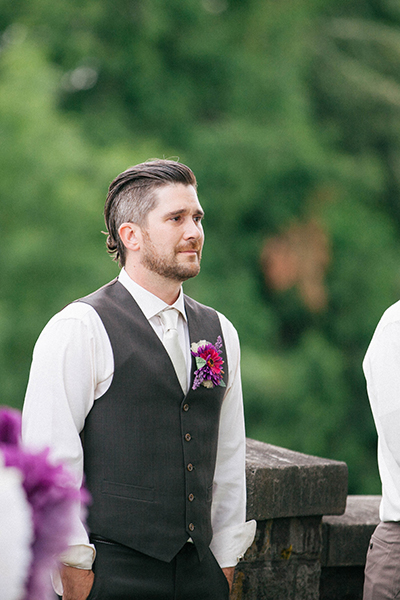 A delectable dinner featured a pre-selected menu, with the arugula and walnut salad being a crowd favorite. 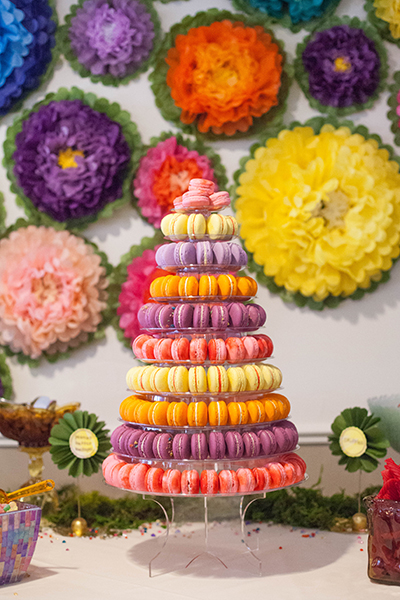 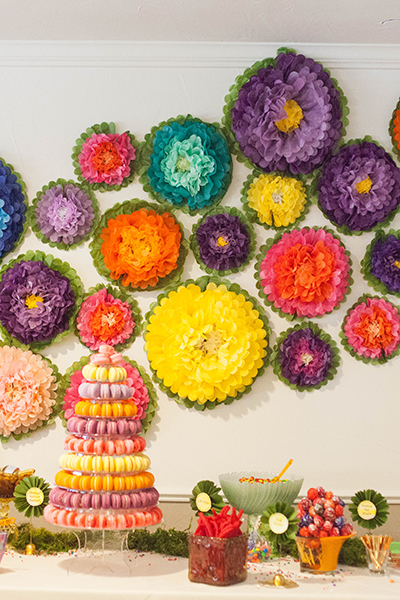 “Being vibrant personalities, we chose décor to match and covered the room in three various sizes of multi-color tissue flowers, going for a ‘magical garden’ experience for our guests. There was definitely a fairytale theme throughout the entire day.”

Instead of a traditional cake, they opted for a beautiful macaron tower from Tier catering, surrounded by a candy buffet for guests to enjoy (and take home with them, too). 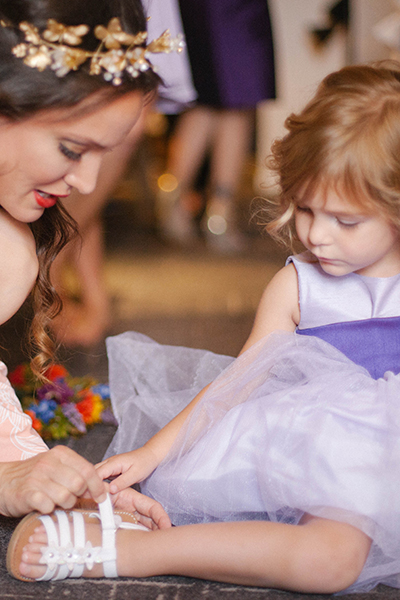 “We and our guests all agree that the service received during the wedding was top-notch.” 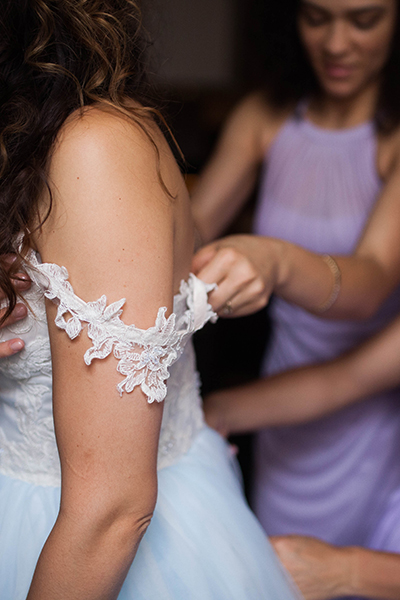 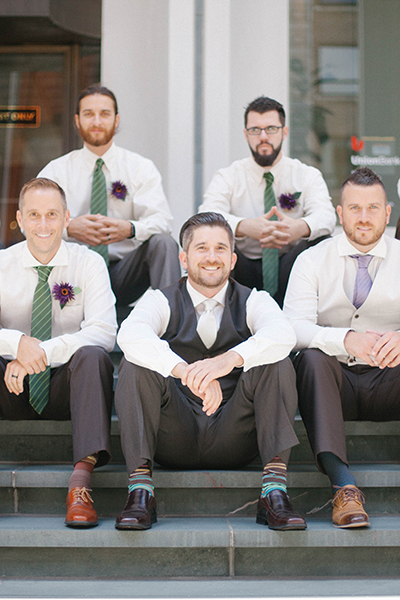 “I would definitely recommend this venue to any couple who has their own swanky style, enjoys a nice glass of wine and cares about being treated amazingly during the entire process by everyone you come into contact with.” 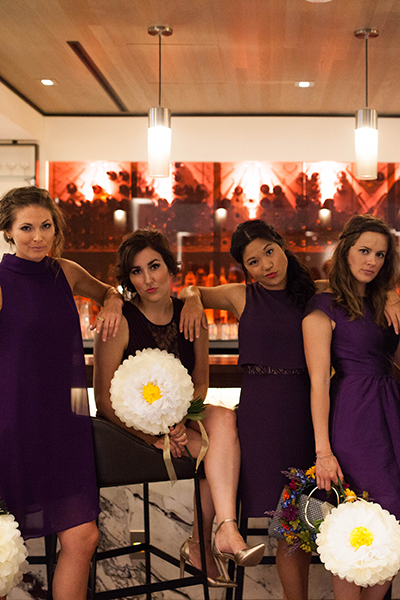 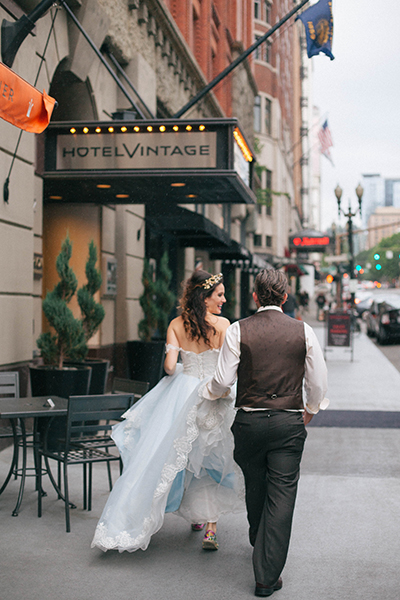 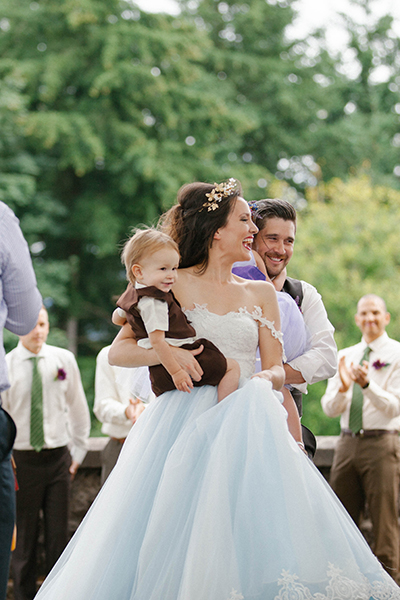